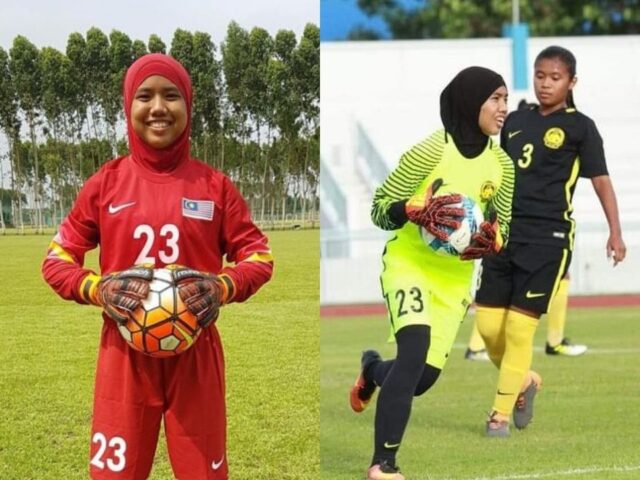 Meet the first female Malaysian goalkeeper to play in the international women’s league, Nurul Azurin Mazlan. Her extraordinary skills have led her to nationwide attention and even globally. To the extent where she is signed under her current club, Misaka United FC. The Shah Alam born happens to be the first imported player to compete in the Indian league, Karnataka Women’s League.

Everyone can play football – Regardless of genders

Azurin Mazlan also proves that covering her aurah and wearing a hijab didn’t stop her from doing well in football. Football isn’t just limited to men, women can also play the sport.

She managed to gain more recognition in the recent game against Bengaluru Braves when she kept a clean sheet the entire match, stopping the opposing team from scoring any goal.

The recent match also showed that the 21-year-old goalkeeper has a lot more potential in the future despite it being merely a low-key league. We can look forward and cheer her on in the upcoming match on Thursday against Kickstart FC.

Azurin is also determined to ace in the international women’s league, starting with her current team. Moreover, her coach has given her their full trust in positioning her as one of the main line-ups.

The Karnataka Women’s League (also known as Super Division), is the top division of the women’s football league in the Indian State of Karnataka. The League is organised by the Karnataka State Football Association (KSFA), the official football governing body of the State.

The country proves that they have a strong structural football system even for the Women’s League.

Who is Azurin Mazlan?