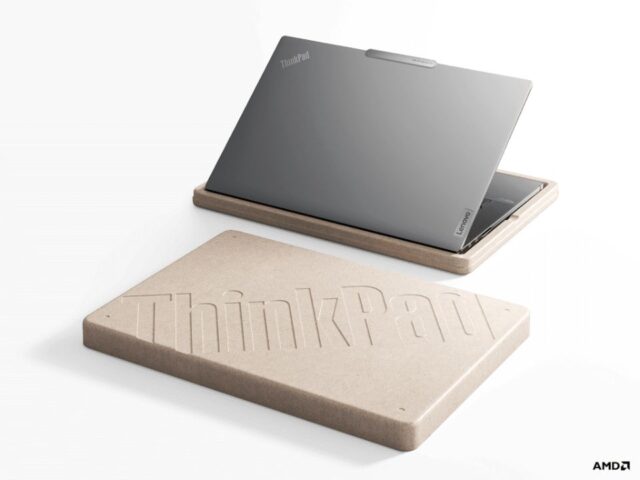 Lenovo™ is excited to reveal that the new ThinkPad Z13 and ThinkPad Z16 models are now available in Malaysia, with prices beginning at RM6,879.13 and RM7,879.55, respectively.

The laptop in the latest ThinkPad Z Series has remarkable progressive designs that defy convention and employ new colors and materials for a premium business laptop portfolio.

It is a delight regarding the significant design advancement in the ThinkPad Z Series, but above all, the ThinkPad Z13 and Z16 continue to mirror the brand’s primary underlying design and engineering tenets.

Besides, key design and technological aspects have been embedded into the ThinkPad Z Series to improve the personal user experience. Minimalism is purposefully refined and appealing.

As a continuation, ultra-narrow bezels and productive 16:10 aspect ratios have been tuned for displays.

A bigger 120mm glass haptic ForcePad that flows perfectly with the all-glass palm rest is employed for quick and easy input.

Lenovo users acquainted with the iconic red TrackPoint will notice a new feature: Double-tap the TrackPoint will bring up a Communication QuickMenu, which provides rapid access to commonly used camera and microphone settings.

Sustainability in Packaging and Products

The brand-new ThinkPad Z13 and Z16 have a modern design concept aimed at a distinct business user audience.

The new eye-catching design comprises changing attitudes on technology, its environmental impact, and the sources of raw materials.

The design intends to offer individualistic premium color accents such as bronze and arctic grey.

Besides, more sustainable materials such as recycled aluminum or recycled black vegan leather were used to produce the ThinkPad Z Series.

Furthermore, sustainability is incorporated in the packaging, which is made of 100% recyclable and compostable bamboo and sugarcane, and the AC power adapter also utilizes 90% Post-Consumer Content (PCC).

First of all, you might be interested to know that ThinkPad Z13 and Z16 will be among the first laptops powered by the most recent AMD Ryzen™ PRO 6000 Series processors for mobile with the Microsoft Pluton security processor.

Performance and security features are inextricably linked, and Lenovo’s secure-by-design technique has been improved via its collaboration with AMD and Microsoft.

To add, the AMD Ryzen™ 6000 Series are the first x86 processors to combine with the Microsoft Pluton security processor for strong security from chip to cloud on Windows 11 PCs, building on AMD PRO security’s tiered approach.

Aside from the product specifications stated above, there are some other unique features you should not overlook!

Exclusive Partnership between Lenovo and AMD

Moreover, Lenovo and AMD have worked together to create a cutting-edge platform design, simplifying all aspects of the system from silicon to hardware and software.

Advanced Micro Devices (AMD) is a multinational semiconductor business based in America that specializes in designing and developing computer processors and graphics technologies.

In applications such as Teams and Zoom, the processor is optimized to enable smooth audio and video performance, maximize responsiveness, and provide better battery life.

When used in conjunction with the Ryzen processors, AMD SmartShift Max provides an immediate power upsurge for both the CPU and GPU, whereas AMD SmartShift Eco is geared to maximize battery efficiency.

The products were carefully designed to meet the demands of customers. The objective is to satisfy end users with a distinct appearance and feel of products made from recycled materials and to deliver on the promise of an excellent experience.

Also, the IT departments will reassure with enterprise-class performance, security, reliability, and manageability.

Every detail is there for a reason, and the ThinkPad Z13 and Z16 provide a premium experience for end users.

Lastly, there’s no mistaking that the Z13 and Z16 are ThinkPad Z laptops, and they are tested to MIL-Spec 810H requirements and subjected to the same strict quality controls as other ThinkPad laptops, an essential stage in ThinkPad product development, especially the use of novel materials.