Best Malaysian Novels to Read For This National Day!

Best Malaysian Novels to Read For This National Day! 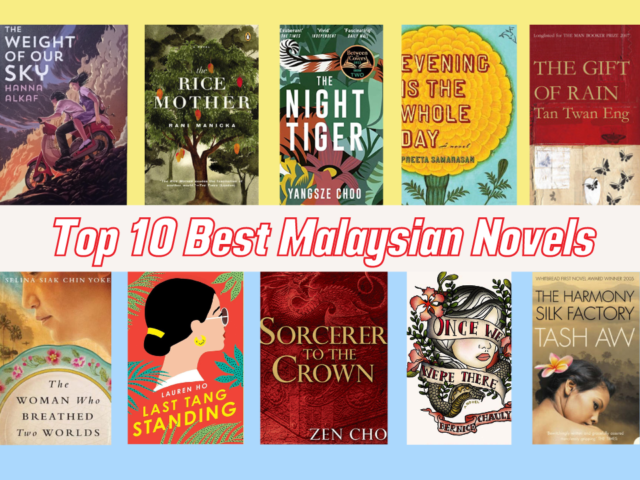 Calling all Malaysian bookworms – looking for new novels to read but not sure what to read or where to start? Well, to celebrate National Day coming up soon, perhaps a great recommendation for you is novels from Malaysia’s very own authors in the literary scene!

Hence, here are our picks for the top 10 best Malaysian novels that are absolute must-reads – for bookworms and all Malaysians – today!

1. The Weight of Our Sky – Hanna Alkaf

Look familiar? You can read more on Hanna Alkaf and her third novel, Queen of the Tiles – another book worth reading – here!

Perhaps one of the most popular Malaysian novels to date amongst young Malaysians today – even receiving a Webtoon adaptation which has garnered over 8.3 million views! – Hanna Alkaf’s 2019 novel The Weight of Our Sky chronicles the gripping journey of an OCD, music-loving teen named Melati Ahmad finding her way back to her mother during the 1969 race riots in KL.