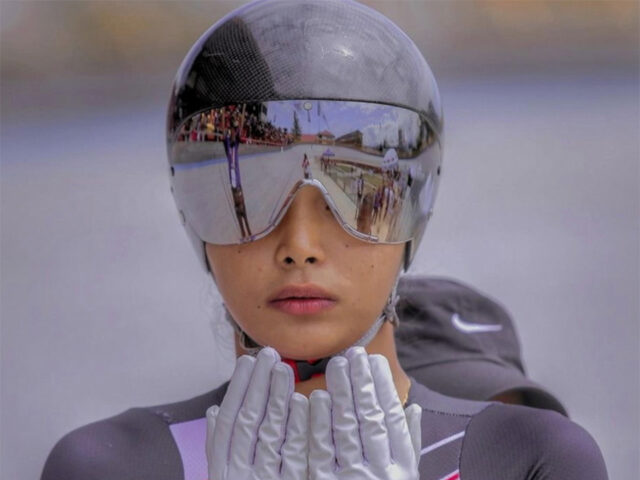 Malaysian cyclist, Siti Nur Alia Mansor has recently signed as a rider for Spain-based Canyon-SRAM Racing Team. This makes her the first-ever Malaysian and also the first Southeast Asian woman to join a professional world-acclaimed cycling team. On top of that, Siti Nur Alia will also be the first and only national woman cyclist to compete in the UCI Women’s World Tour.

The 21-year-old Terengganu cyclist is signed for one-year with the world’s fifth-ranked women’s cycling team.

In a report by Bernama, she expressed that the offer was like a dream come true for her.

I was contacted by Adam Szabo, the former Terengganu Cycling Team (TSG) coach who is now coaching the Canyon-SRAM Racing Team last June. He told me he was interested in signing me up for the team.

She said it took her a month to think about her future and cycling career development before accepting the offer.

Even though she is excited about cycling abroad, 2018 Malaysia Games (Sukma) silver and bronze medallist Siti Nur Alia said she felt nervous about the prospect of cycling with her more experienced teammates.

This will be a stepping stone or start for me to chase bigger dreams, like competing at the Olympics.

She added that she will repay the sacrifices made by her family, coaches and the Terengganu cycling fraternity by bringing glory to Terengganu and Malaysia at the world stage one day.

Meanwhile, Wan Sukairi said the state government, through the Terengganu State Sports Council, will continue providing the RM1,500 monthly allowance to cyclist for a year.

The government is also grateful that Alia’s new team is ready to allow her to return in April to participate in Sukma.

So we hope she will use the opportunity to gain valuable experience there and bring glory to the state during the 2020 Sukma, which is expected to take place in June.

We wish this young talent the best in her upcoming competition!