Turning The Classic Into A Modern Malaysia Traditional Kuih

Malaysia Traditional Kuih But Now With A Modern Plot Twist 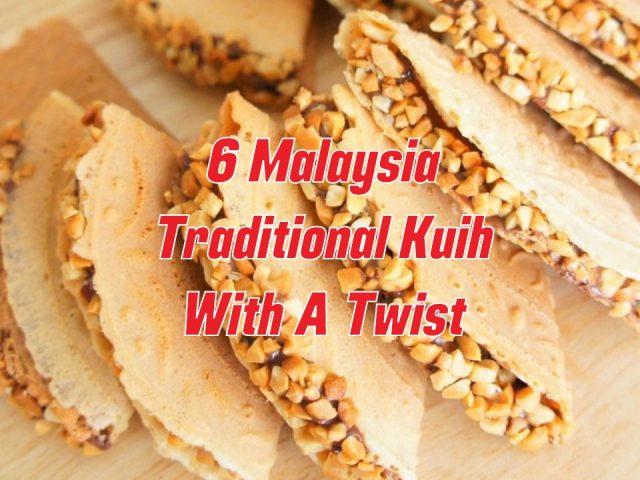 Malaysia is well known with its diversity of culture especially in terms of food. All of us will constantly try to find this kuih to eat for breakfast, dinner and even lunch. This shows how Malaysian traditional kuih is delicious to the point of no one can resist from eating it. However, some people take this as a chance to twist it into modern Malaysia Traditional Kuih.

Malaysia Traditional Kuih With A Twist

Doughnuts are Malaysian traditional kuih that is always the choice for tea time or snacks. Who would have thought that a regular flour doughnut could turn into a Donut Susu.

Donat Susu are doughnuts that are rolled in milk powder immediately after being fried. The hot oil on the doughnut will melt the milk and turn the doughnut into a creamy, milky doughnut that surprisingly suits many people’s taste to the extent people are willingly queuing up to just buy them.

Every Malaysian who likes to go to the night market will definitely know Apam Balik. Apam balik is the sweet Malaysian traditional kuih that has sugar and corn fillings inside that just satisfy your hunger for sweetness. But recently, there is a modernised version of Apam balik which is called Apam Tokyo.

Apam Tokyo is a mini Apam Balik that is folded in the centre but full of filling. The name is from the shape of the Apam Tokyo itself because before it folded in half it is shaped round like a Dorayaki. So they were inspired by them and change it into Apam Tokyo

One of the places that sell the modern Malaysia Traditional Kuih, Apam Tokyo:

Who could ever forget the green of Kuih Ketayap? Kuih ketayap is a traditional kuih of sweet coconut filling pancake. The colour green is a significant ingredient in the kuih which is pandan leaves.

But now, this green Malaysian traditional kuih has turned into a colourful kuih ketayap, but the flavour still stays the same. Multiple colours are used for the pancake and even some of the kuih ketayap has unique designs such as stripes, polka dots and many more.

This twist on the Malaysian traditional kuih is a great way to educate the modern generation to eat it.

Popia is the fried light food our mothers always cook for us for lunch, snack, tea time or even for supper. Even during bazaar Ramadan, people would queue for hours just to get their hands on these Malaysian traditional kuih, but now people have modernised the kuih popia.

Popia Carbonara is popia with creamy carbonara fillings that have chicken bits with some vegetables. This creamy popia has become the favourite of many youngsters because of the Westernize twist that turns into a modern Malaysia traditional kuih.

This Malaysian traditional kuih is definitely a kuih we commonly see in Chinese households, but this kuih is loved and adored by all Malaysians. This crispy kuih is an all-time favourite for all families during picnics, watching television or even just for munching.

This biteable size kuih apam is a go-to food where kids enjoy eating. The texture is similar to cakes, and this Malaysia traditional kuih is usually eaten with coconut grates but now this, kuih apam are sell with blueberry fillings. They even did design of polka dot on the surface of the kuih.

Malaysia traditional kuih is delicious and should be enjoyed by all Malaysians. This kuih should always remain as a part of Malaysia even though our country is modern and evolving.