Billboard Benefits To Business That You Need To Be Aware Of!

Billboard Benefits To Business You Should Know! 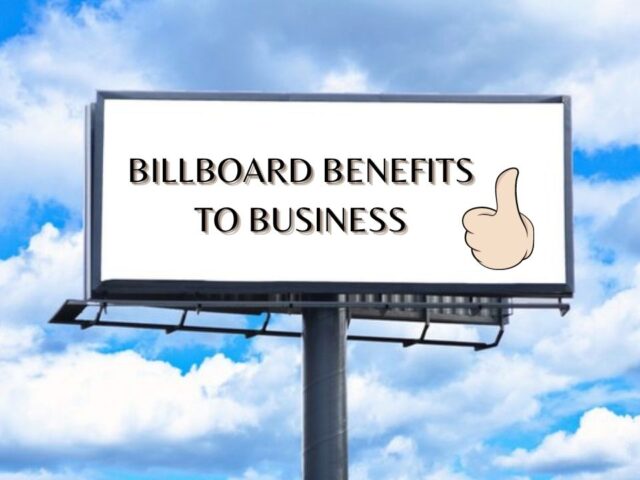 You may have seen the billboard anywhere you go, be it in shopping malls, highways, airports, or even on public transportations like buses, trains, and taxis. Advertising your products or services through billboards can be a very effective promotion tool to grow your business market.

Want to know what billboards can do to your business? Here we have listed down billboard benefits that you should be aware of!

4 Billboard Benefits To Your Business

You know, when you put your products or services on billboard advertising, you can reach and attract various audiences from different demographic backgrounds. Through billboards, your business will be able to extend its existence to its possible customer which you might never know, instead of just to the targeted customer. Having said that, you don’t have to spend more money on identifying and researching your target customer groups. Who knows from this advertising tactic, you might gain customers from unexpected demographic backgrounds!

For your information, billboard is not effective at getting responses from customers ringing your store or increasing traffic for your website page. However, advertising your products or services on billboard give benefits as it is good at building your brand awareness to the customer. People will look at your billboard not just once, but many times as they pass by your billboard advertisement. Therefore, whenever they need a product that your business sells, the customers will instantly remember your brand as it has been engrained in their minds.

It can be said that billboard is the only advertisement that works every day all day. Unlike other advertisements such as on the radio, on television, in magazines, and in newspapers, where your products will only be displayed for a few times in a day.

All in all, billboard advertisements allow your product or services to be marketed within 5 seconds. Through billboards, you can give a massive impact on the mind of drivers, pedestrians, passengers, or everyone that are near the billboard.