Why Do Cybercriminals Continue To Prey On Malaysian Job Seekers? 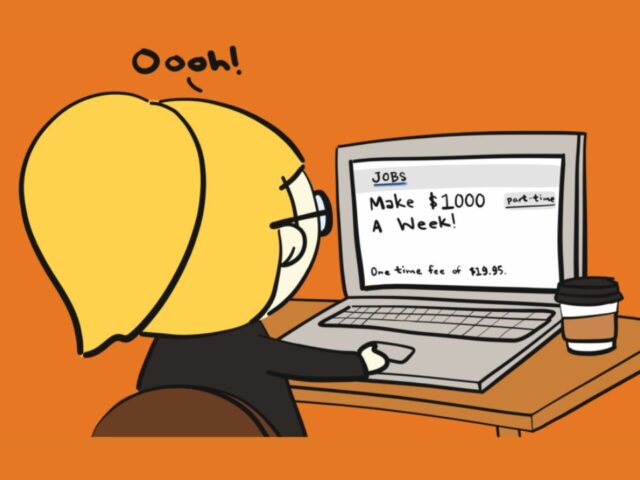 If money motivates cybercriminals to trick, swindle and steal, then why do they target job-seekers who are supposedly income-less and are themselves in need of money?

Job scams have been around for a long time. But it’s getting extra attention lately as Malaysians report receiving way more job invitations through text messages than ever before. This unsolicited job offers promises unbelievably generous earnings in exchange for seemingly easy work that is too tempting to not even try. There must be reasons why these cybercriminals are keen to do job scams, let’s check out why cybercriminals target job-seekers!

Official statistics reveal that as of First Quarter 2022, there are 671.2 thousand unemployed Malaysians. According to a poll by a local university, about 66% of Malaysians are now keen on hybrid working environment due to pandemic concerns such as health and safety. For scammers, this is a goldmine they just wouldn’t miss taking advantage of.

Personal information such as name, birthday, phone number, email address are already valuable — it can actually cost up to $10 on the dark web, according to Kaspersky data. Recently a database seller with claims that they are in possession of dataset that belonged to the registration department for a asking price of RM44,000.

Cybercriminals also play on a job seeker’s desperation to make money immediately. In Malaysia, most job scams include having the victim send money to the fake recruiter to pay for “investment fees” or to get “commissions” or “bonuses” with higher returns as long as the victim tops up.

By now, people are already aware of the standard red flags of fake job offers sent via email such as the sender’s address, layout, etc. More or less we know how to recognize and avoid it so scammers have changed their delivery mode to text/SMS,

He then further added:

There is also a lowered expectation of danger in text messages so it’s less scrutinized by the receiver, which means the scam is likely to succeed. When an unsuspecting person gets a message like a job offer with an irresistible pay, she is likely to disregard her mental checklist of warning signs and just click through.

All in all, this job scam is getting out of hand day by day. Yeo Siang Tiong also advises companies to take necessary measures to protect their brand and reputation from scammers who exploit their corporate identity and information for fake job offers. Possible reputational losses can be avoided by having the company website, which lists contact details (such as for HR), audited for vulnerabilities.