Epic Asian Shares His Journey On Becoming A Doctor 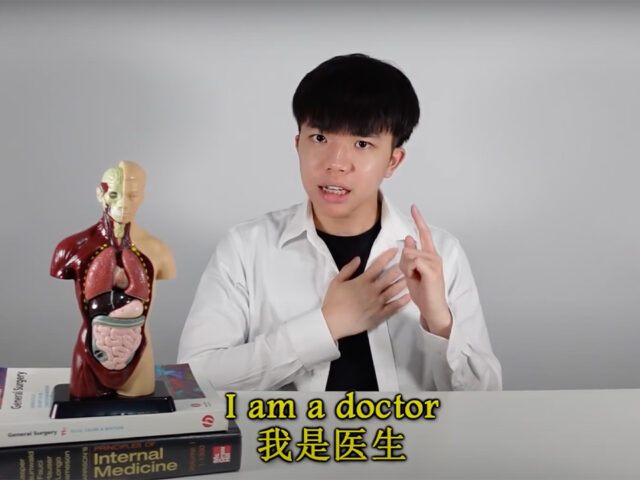 The fun and silly character that Epic Asian always plays in his video often had people query his background as a doctor and many are curious about his story. In his latest video, the Malaysian content creator shares a warm story behind his dream of becoming a doctor and how he did it. And now you have it, he IS a doctor.

Just like most young people, he admitted that he was once clueless about his future too. In his ‘My Ambition’ list, he wrote Steve Jobs, Bill Gates and a movie director as his dream but he never thought of becoming a doctor.

This is very surprising that I am a doctor now.

Epic Asian discovered the ‘magic’ of medicine because of his grandfather

When Epic Asian was 12 years old, his grandfather was diagnosed with Parkinson’s Disease. His grandfather experienced resting tremors and seeing and hearing things that are not actually there. However, with medicine, Epic Asian shares that the symptoms that his grandfather had, disappeared. Thus, that’s when he finds medicine magical and aroused his interest in becoming a doctor.

You can actually make a difference. If you ask me why I want to become a doctor, I think this is a major reason.

Is becoming a doctor difficult for him?

Epic Asian shares that it wasn’t an easy journey for him. From mastering SPM with a straight A+ to taking many tests and interviews, he was finally accepted to a university in Australia.

However, entering medical school was just the beginning, he shared.

He went through 2 years of theory, 1 year of research and 3 years of clinical. One of his achievements is having his research paper published in the British Medical Journal, one of the most prestigious science journals in the world.

From his sharing, he wanted to let people know that his journey was not smooth but he was not afraid of making mistakes.

Failure is not about making mistakes. Failure is when you stop trying.

Epic Asian is a doctor and also a part-time YouTuber and content creator. Contrary to his usual playful Epic Asian character, his recent video is rather inspirational. Emphasising the importance of learning and education, he unveils his new show, Hi Doctor, where he will be answering all questions about medicine, health and body in this special series.

The show is a collaboration with Asia Momentum Media (AMM). You may download the AMM app on Apple Store or Google Play to enjoy the latest episode of Epic Asian Hi Doctor exclusively.