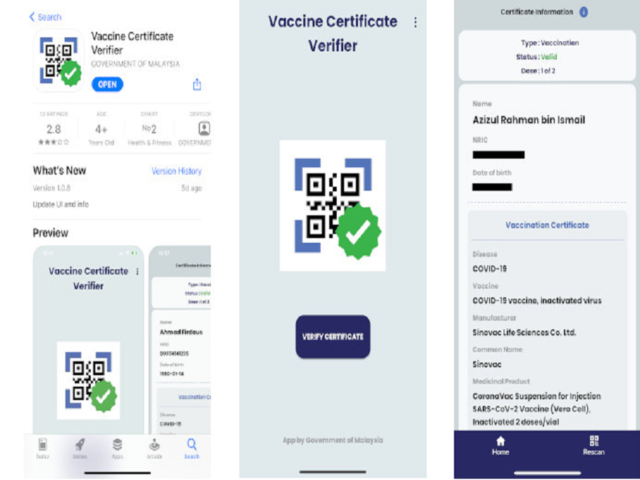 The fake digital vaccine certificates that are being sold online have called for the need of prevention.

A new application called Vaccine Certificate Verifier has been released by the Malaysian Government. Designed to verify the authenticity of digital vaccine certificates, it is released just few days before a new update for MySejahtera is announced.

The latest MySejahtera v1.0.43 that was released on 20 August are currently available only for iOS and Huawei devices. Several UI changes are included to the digital certificate as reported by lowyat.net. In addition to that, the QR code format is also changed and the Vaccine Certificate Verifier is mentioned as the only legit application to verify the authenticity of the certificate.

On top of that, the MySejahtera update also shows a QR code for the 3rd dose of vaccine. However, since the update is relatively new, a few technical glitches were found where rather than specifying Dose 3 of 3, the application displayed Dose 3 of 2.

Likewise, as mentioned, the latest update of MySejahtera is not yet available for Android users, despite the availability of the Vaccine Certificate Verifier app. Therefore, do not worry if the programme says your digital certificate QR code on MySejahtera’s Android app is invalid.

All in all, the software updates implemented are a good step in response to prohibit the sale of false digital certificates.